Report to the Stakeholders for 2017

We are, I assume the reader knows, a publisher of games. We have been in business since 1980. At the end of 2016, we had 41 full-time staff and contractors, plus a few part-timers. Most of our line consists of card games, boardgames, dice games, and RPGs. We sell through hobby distribution, the mass market, and direct sales – both physical products and digital downloads. 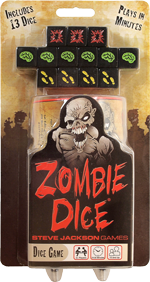 As predicted in the 2016 report, the year was challenging and stretched our sanity and resources to near-breaking at times. The current market is more a periodicals business than one that encourages growing and nurturing single games, leading to our evergreen titles -- Munchkin and Zombie Dice -- dropping in sales. Gross income was roughly $5.5 million, down about $500,000 from the previous year. Fortunately, the year was break-even, perhaps even slightly profitable; we'll have final numbers once our business office closes the books (and we will update this report at that time).

The second challenge in 2017, after the flood of games overwhelming distributor warehouses and retailer shelves, is one of our own making: Our processes are in need of serious attention. Work on updating the employee manual moved slowly and is still incomplete, leaving many of our staff asking "what's the rule for X?" The lack of a current and accurate employee manual, not to mention a persistent failure of our team to meet deadlines on a majority of tasks, is frustrating many of us and leads to confusion and unnecessarily wasted time and money.

On top of that, we're proving incapable of meeting deadlines without upper management taking action. This has always been an issue we have faced as a company, but 2017 took the problem to new heights until I was forced to personally set print deadlines, communicate with our factory on upcoming projects, and constantly ask "Where is Game Y?" Every moment I spend on the day-to-day operations of the business damages our future; we're working to identify and correct the problems.

The silver lining is that our cash flow report continues to save us from bad decisions, allowing our management team to adjust plans so that we remain liquid and are not forced to resort to bank loans.

The rights to Steve's first roleplaying game, The Fantasy Trip, returned home late last year, giving us access to a classic roleplaying game that we will bring back to game tables. Steve is hard at work on planning, editing, and preparing for a Kickstarter project for the game, and we'll have a lot more to say about the game later this year. (You should visit Origins if you can.)

We invest a significant part of our energy into supporting the Munchkin line, and each year we're overjoyed by the positive response to the latest Munchkin releases. Thank you! A few titles that leap to the head of the class for 2017 include:

We completed and shipped to the factory our largest project of the year, and the distributor preorder numbers are strong enough to make us proud of the work we've put into making the game the best it can be. The Munchkin Collectible Card Game goes on sale February 21! And best of all, the first expansion is on schedule to hit store shelves in May, and the second and third expansions are shaping up wonderfully.

We signed two significant licenses in 2017, expanding Munchkin's reach in stores . . . and on screens! Our partnership with CMoN grants them exclusive rights to create Munchkin boardgames for years to come, giving Munchkin fans a new way to go into the dungeon, bash monsters, and betray friends. For those of you in search of Munchkin action on your computer, the Asmodee Digital team is hard at work on their first Munchkin video game (of hopefully many). We spent a day with the team last fall, and the meeting told us that Asmodee Digital has the right crew on the project. This is gonna be great!

Ogre Reinforcements - As a companion to the Ogre Sixth Edition game we released in 2016, the Ogre Reinforcements expansion was expected to give Ogre fans fun units and rules as they waited for the release of the plastic miniatures. The expansion turned out awesome, but sales have been extremely slow. Overall, distribution sales of Ogre titles are weak enough that we must crowdfund new Ogre projects, meaning that each release is likely limited to a single printing.

Ghosts Love Candy - This fun card game sold strong out of the gate, clearing our primary warehouse quickly. We were planning a reprint, looking to bring the game back into the warehouse for Halloween, and then put a stop to the reprint when sell-through was lower than expected. This is a danger in publishing: Reprint too soon, and you may find yourselves with thousands of games that you didn't actually need.

We changed our structure in 2016, hoping to pull distractions from our creative team so that we could accomplish Job One: Make games. The organizational changes did not give our creative team more time to work on games, so we are exploring new ideas. With hard work, our staff will be better directed, focused, and completing tasks on schedule by the end of this year. 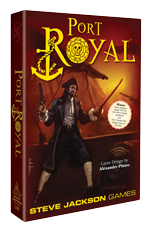 After a few years of over-extending ourselves, we set only two priorities for 2017. 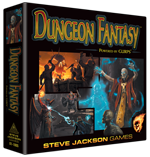 After successfully completing our two 2017 priorities, it's time to see if we can accomplish a slight bit more in 2018.

With the Munchkin Collectible Card Game off to a strong start, our 2018 should be better than 2017. Perhaps not in a financial sense -- the market is weird right now, and predicting sales is tougher than ever -- but at least from a completing projects and meeting deadlines standpoint, we expect the year to be better. That, as well as continued work on games like Car Wars and The Fantasy Trip, and supporting Munchkin, should all add up to at least a less stressful year than 2017.