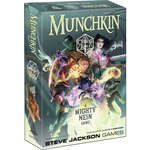 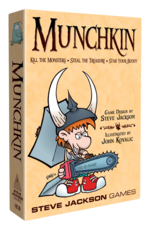 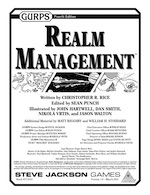 GURPS Mass Combat puts you in command of armies, and GURPS Boardroom and Curia allows you to run almost any other kind of organization. But what about fiefs? Nations? Galactic empires?

This is where GURPS Realm Management steps in. It provides a way to generate a full spread of vital statistics for a polity of any size – not unlike those for cities in GURPS City Stats, but on a potentially far grander scale. Even better, it offers a system for managing your "realm" day to day . . . and for resolving trade, diplomacy, and conflicts (hot and cold) between it and its neighbors. And all of it is friendly to the PCs being the ones calling the shots!

Come make the leap from "adventure" to "adventurism"!