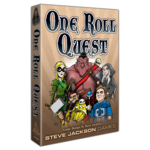 A Whole Adventure In One Die Roll!

This edition also includes One Roll Chronicles. Where the ORQ basic game provides the framework to spin tales of your own design using only a single die roll, One Roll Chronicles gives you and your friends a multi-part adventure. You'll start at the tavern and, after a series of (mis)adventures, return to claim your rewards!

Play it anywhere! Then make up a lot of lies about what happened along the way!

This is a great game to play BEFORE the game you play before you start the real game.

Game Design by Steve Jackson (who should know better).
Art by Len Peralta (who DOES know better but doesn't care). 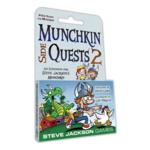 Didn't get enough glory the first time around?

Maybe you're ready for Munchkin Side Quests 2!

Even more difficult but oh-so-tempting goals and goodies to add to any Munchkin game – will you go straight for the win at Level 10, or will the extra rewards tickle your inner munchkin? 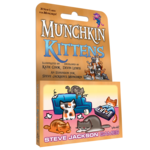 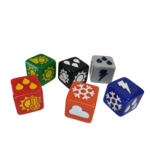 Change the weather with a roll of the dice!

This set of six 16mm dice can be used to randomly determine the weather for your roleplaying games.

Each die represents a different region, with unique faces on each side of the die. Choose the die that matches the location of your adventure . . . and see what kind of weather "rolls" in!

You now hold the power of nature in the palm of your hand!