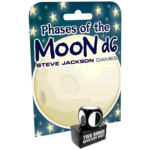 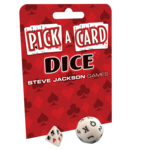 Need a card? Roll a card!

This "deck" will never get old and ragged or ruined by a spilled drink!

Play poker with virtual cards! (An identical pair beats a regular pair. Or just match cards to see who pays for dinner . . . 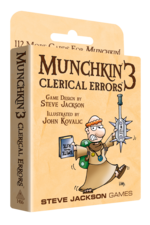 Another 112 cards for the best-selling game of killing monsters and taking their stuff. Play a new Race: Gnomes! Try on the Bard Class. Face the Tequila Mockingbird, the Bad Ass, and the dreaded Auntie Paladin! Equip yourself with amazing items like the Chainmail Bikini and the Stab-A-Matic . . . and show them who's the mightiest, munchkinest dungeon delver of them all.

And this set has a special treat. We asked five of our favorite Comic Guys to do one card each. Inside you'll find:

This is not a stand-alone game. It is an expansion for Munchkin. 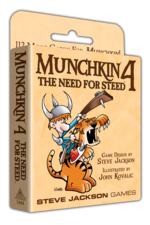 Munchkin 4 – The Need For Steed (Reprint)

Munchkin 4 – The Need for Steed is an expansion for the original Munchkin – 112 more cards for killing monsters, stealing treasure, and backstabbing your fellow players. This set introduces Steeds, the trusty mounts of legend. But this is Munchkin, so these Steeds include not just the Dragon and the Tiger, but the Giant Mutant Gerbil (drawn by guest artist Shaenon K. Garrity of Skin Horse), the Chicken, and Big Joe, who might be a Steed or might be a Hireling. It's hard to tell.

Hireling? Yes indeed, The Need for Steed has lots and lots of Hirelings! Add these valuable characters to your retinue, use their special abilities, and sacrifice them to save your own skin! 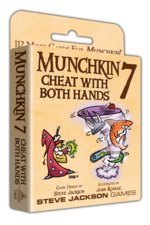