A superhero for GURPS I.S.T. 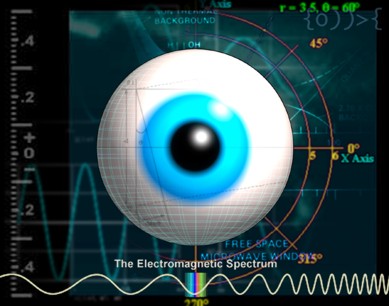 Appears to be a solitary blue human eyeball, 2" in diameter.

Quirks: Spends most of its spare money hiring detectives to look for clues to its origin and nature [-1].

The entity now known as Scanner is one of the weirdest beings to ever serve in the ranks of the International Super Teams. Appearing to be merely a flying human eyeball, it simply appeared over a city street in midtown Manhattan one day, and hovered ten feet off the ground for over an hour, apparently lacking anything better to do. The police eventually arrived, but were at a loss to deal with a floating eyeball that simply looked curiously at them. It didn't respond to anything they said, but it wasn't actually doing anything illegal. Finally someone suggested putting in a call to IST New York, and a telepath was sent.

The telepath made contact with the eyeball, and determined that it had a mind of average human intelligence, and could understand English, even though it couldn't speak . . . and that, as far as it was concerned, it was "born" when it appeared in midair that day. He convinced it to return to the embassy with him, where it could be studied thoroughly. Testing revealed most of its abilities, including invisibility to the best medical sensors the U.N. had available to it. Many of the IST's best magicians and psychics were brought in as well, but they too were baffled; no one could determine if the eyeball was a robot, a very odd metahuman, an alien, a magical creation, or something else. Argurous Astraph decided to offer the orb a job, and pointed out that the U.N. could give it a legal identity, teammates that could communicate with it, and would investigate its origins and nature. The eye agreed, and was dubbed "Scanner" for its ability to see just about anything, hidden or not. After training, it was assigned to IST New York, but it is often teleported around the world (and sometimes carried in a pocket!) to places where its abilities are needed.

Scanner is a two-inch flying eyeball, weighing only a few ounces and only able to fly at a top speed of 40 mph. About the only method of attack it has is a full-speed ram, which probably would not be worth the trouble, although another possibility, given Scanner's DR, is to deliberately position itself underfoot to "trip" someone up. Scanner is usually paired with a telepath, and stays out of battles, using its Sense of Perception and other forms of enhanced sight to spot hidden or unseen opponents, traps, and other hazards its teammates might fall prey to. Scanner is seldom a target, being hard to hit due to its size (-8 to hit, in addition to any other modifiers) and its ability to stay well away from super-battles and still watch over its allies; attacks that do hit have significant armor to deal with.

Given the facts that it tends to make others nervous around it (being a floating disembodied eyeball that stares unblinkingly tends to put people off for some reason), has no idea who or what it truly is, needs help to open doors and do all the other things that beings with proper manipulative abilities can manage with ease, has no friends or life outside the IST, and isn't likely to find a suitable mate, Scanner is surprisingly well-adjusted to its life, and is even cheerful, in its way. Scanner's teammates tend to treat him as a mascot when in the embassy (watching him "bounce" around on a modified computer keyboard seldom fails to make them smile) and are quite fond of it.

Remove the IST membership and the inappropriate skills, and Scanner would make a good alien in a Space campaign, or a strange summoned creature for any campaign involving magic. Giving Scanner some method of communication would be helpful,too.

Eyes Without a Face