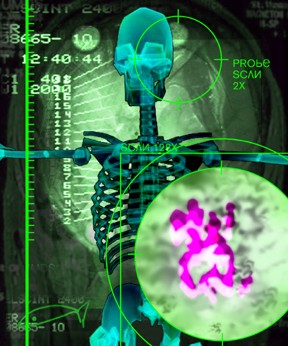 The Probe is an artificial biological construct created by unknown alien race. Physically, the Probe is about 1/2-cubic meter of formless, colorless protoplasm. Colorless that is except for three 4-inch long purplish threads embedded deep within the Probe. The Probe exists simply to gather detailed intelligence for its originating race, and then report this information back to its masters. It gathers this information by the most insidious (and disgusting) means possible -- by ripping the memory and thoughts directly from the victim's brain.

The Probe normally arrives on the target planet via a simple tear-dropped shaped reentry vehicle. These drop-ships are one-use-only vehicles, since the Probe has other means of sending its findings back to the collector, which stays in orbit awaiting the transmission of each Probe's findings. Each collector normally houses 100 or so Probes and their drop-ships. Once the collector has received all the reports from the Probes, it transmits the collated reports back to the alien home world using a massive directional microwave pulse. This pulse destroys the collector, thereby eliminating any lasting sign of the reconnaissance mission.

As for the Probe, once it has arrived on the target planet it has only three hours to find its first host before it loses all moisture and dries to a lifeless husk. This husk can be revived by submerging it in water for 30 minutes, as long as this occurs up to 48 hours after initial drying. After this time period has elapsed, then the Probe is dead and can not be revived.

Once the Probe has found a host, it attaches itself to the host's face and smothers the host until consciousness is lost. With the host unconscious, the Probe burrows into the victim's skull by means of a secreted acid. When in residence in the inter-cranial cavity, the Probe seals up the hole by means of a tough mucus membrane and it begins to gather the thoughts and memories of the host by sending out tendrils deep into the host's brain.

It takes about three to six hours for the Probe to complete its intelligence-gathering operation. In this time, the host lies inert and insensible. To the outsider, the victim looks like he is in some sort of coma, with what close examination will show to be a small head wound. The Probe does not show up on either a CT or an MRI scan. When the Probe has learned everything it needs from the host, it awakens the host from the coma and uses it to begin the hunt for the next host. This is normally someone who is in a slightly higher position of authority than the initial host body. The Probe only has 24 hours in which to find its next host before its current host body dies. If this happens, then the Probe is forced to start the process from scratch.

The Probe controls its current host, using the host's stats and skills as if it were its own, to track down its next victim. It will normally wait until the potential new host is asleep before it makes its move. If the Probe is unwilling to wait that long it will force the host body to overpower the target. A Probe-controlled host in this situation has the Hyper Strength Advantage (see GURPS Compendium I, p. 58).

Once the Probe has left a host, the body quickly dies from massive head injuries. It is theoretically possible to remove a Probe from its host before it has settled in but it is doubtful whether the host would survive the operation.

When the Probe has collected its fill of information (which can vary greatly, depending on the GM's needs in the game), it will transmit its results back to the Collector. It does this by realigning its entire structure into a solid, inverted-mushroom-shaped object with the three purple spikes standing on end. It then uses what is left of its lifeforce to send a highly direction microwave transmission to the collector. When the transmission is complete, the Probe collapses into a puddle of inert protoplasm that quickly dries out, leaving no discernible traces.

The sight of a Probe leaving one host for another is quite disturbing, enough to cause a Fright Check (at -7) in any witness. Actually struggling with a host whose Probe is leaving it (and heading for you!) should make a Fright Check at -9.

Because of their protoplasmic nature, Probes are very hard to kill with any sort of physical weapon. Shooting a Probe will merely scatter it into a number of smaller blobs that will reform into a single entity within one round. Because of their high water content, Probes can be successfully neutralized by temperature extremes in either direction. However, do remember that any Probe that is frozen can be restored to good health once it has been defrosted. If anyone wishes to try and confine a Probe, the acid it secretes is strong enough to eat through most materials, including metal, plastic and glass.

Finally, what of the alien race whose Probes these are? Could they be sinister aliens bent on universal domination or are they simply gathering scientific data for some more peaceful means, unaware or uncaring of the damage they cause? I leave that entirely up to you.

Dateline Washington, D.C. There is a Probe in town and it won't stop until it has taken over the President of United States. To the authorities, it looks like the work of a serial killer. The press are in a frenzy, and those in power are worried because all of the victims are connected to the Government in some way, with each new death higher up the political ladder than the last. The characters are tasked with finding and stopping this killer by any means necessary.

Munich, Germany, and there is a Probe at large. The characters are part of a special unit that deals with alien threats such as this, and the Probe is known to this squad. The character's orders are simple, to find and capture the Probe alive by any means necessary. Unfortunately, the characters are not the only ones who want this Probe. A rival foreign power has a similar squad out there looking for the Probe and they, too, want it alive.

Death in the Swamp

The characters are called in to investigate the murder of a state trooper Walter Denton in the Florida Everglades by his partner Bradley Williams. The facts are that the two patrolmen saw the meteor land and radioed Hialeah that they were going to investigate. When they failed to report in, a rescue party was dispatched to the scene. Here they found the headless body of the Denton lying on the edge of the crater, and Williams cowering in the car totally mad and gibbering about alien monsters. Meanwhile the Probe is out there in the swamp, and it's hunting humans. The investigators need to find it before it takes over someone else.