Report to the Stakeholders for 2021

We are, I assume the reader knows, a publisher of games. We have been in business since 1980. At the end of 2021, we had 36 full-time staff and contractors, plus a few part-timers. Most of our line consists of card games, boardgames, dice games, and RPGs. We sell through hobby distribution, the mass market, and direct sales (Warehouse 23, our online store, has been online for two decades) – both physical products and digital downloads.

As if trying to prove an unnecessary point, 2021 was somehow more stressful and frustrating than 2020.

Gross income was roughly $3.7 million, down less than 10% from 2020. (See last year's report for more info.) The number would have been considerably higher, but our largest release of the year – Car Wars Sixth Edition – won't be officially closed until this year once we finish shipping the game to Kickstarter backers. We're also showing a small loss for 2021, which is also related to the fact that Car Wars Sixth Edition is officially a 2022 release. 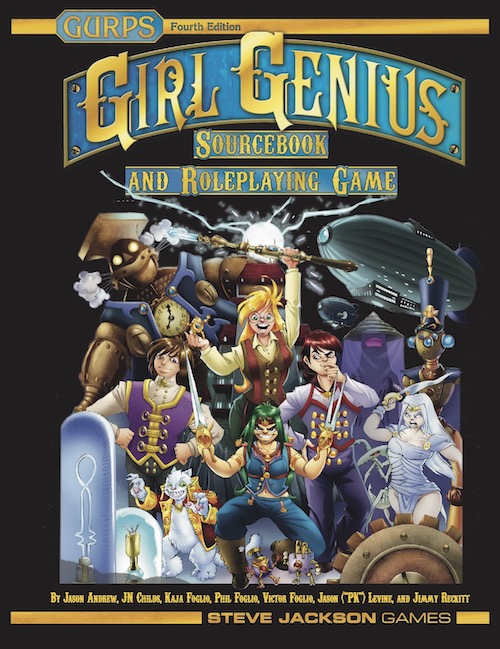 Just as in 2020, our evergreen titles – Munchkin Deluxe and several expansions, Zombie Dice, Illuminati – continued to sell strongly. We had fewer out-of-stock windows on many of our top sellers in 2021, thanks to the hard work of Sabrina and our production team (as well as our partners at GPI), but we cannot say that we had zero supply troubles. (See "Shipping Woes," below).

After over a decade of work, we held a printed hardcover of GURPS Girl Genius in our hands before the end of 2021. The Kickstarter campaign performed far better than I was personally expecting; my guess pre-launch was that we would see about $50,000 in support. By the time the project came to an end, it had raised over $170,000 in funding. Thank you, world, for proving me wrong! 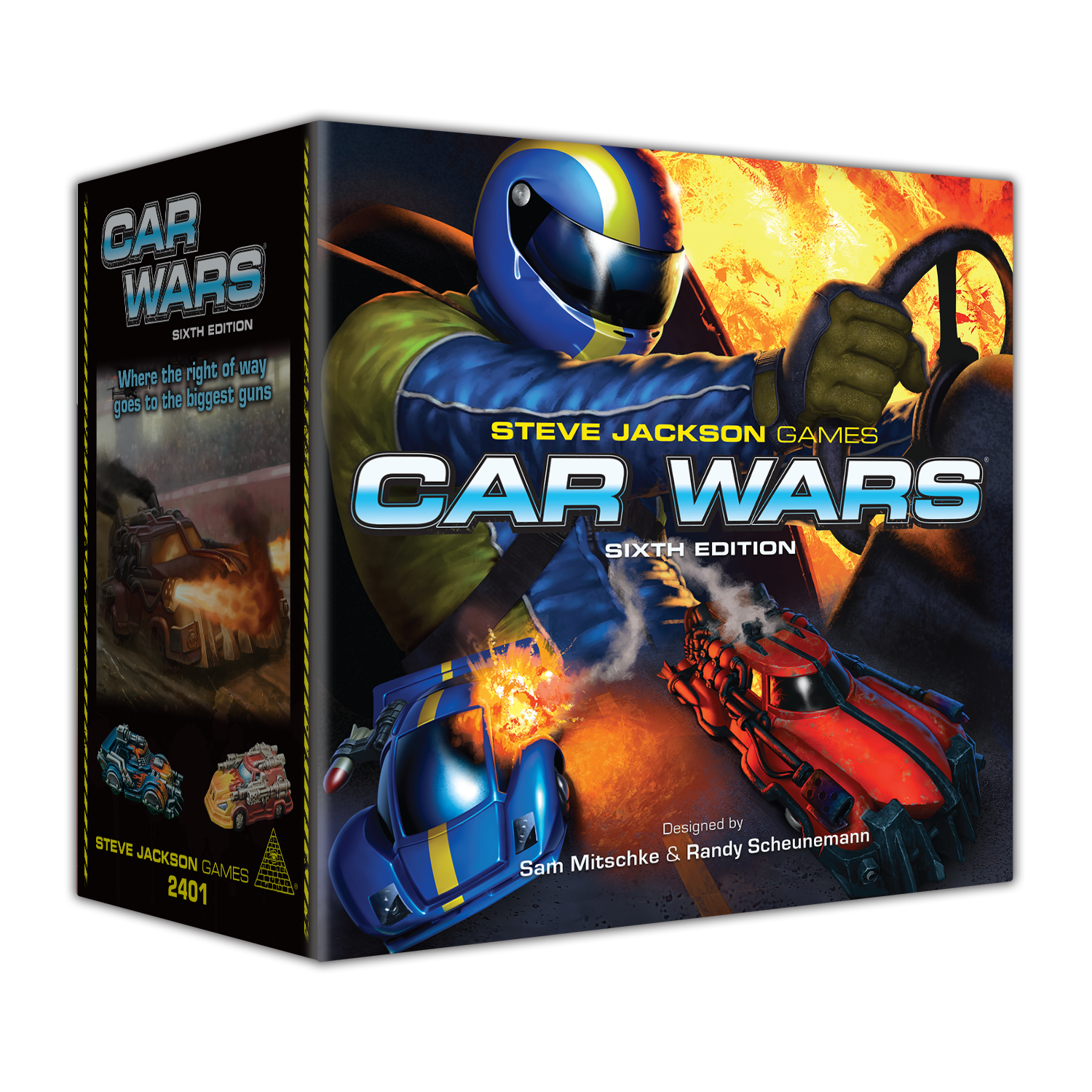 Thank you to our hardworking team for keeping projects flowing, boxes shipping, and for holding down the virtual and physical fort as we continue to learn how to do our jobs in this new world. The Warehouse 23 crew – James, Philip, and Nicole (with the help of Kristie, Lisa, and Sabrina) – performed Herculean tasks in 2022 to ship crowdfunding rewards and your Warehouse 23 orders as quickly as possible.

We suffered a loss in 2021. Andrew Hackard, Munchkin Line Editor, died of a brain tumor in June. Andrew's wit, heart, and terrible puns are missed. Even as I write these words, I feel the hole where Andrew should be; he was frequently the first person to read many of my formal writings for Steve Jackson Games, and his talent and skill always improved my feeble attempts at putting ideas into words. 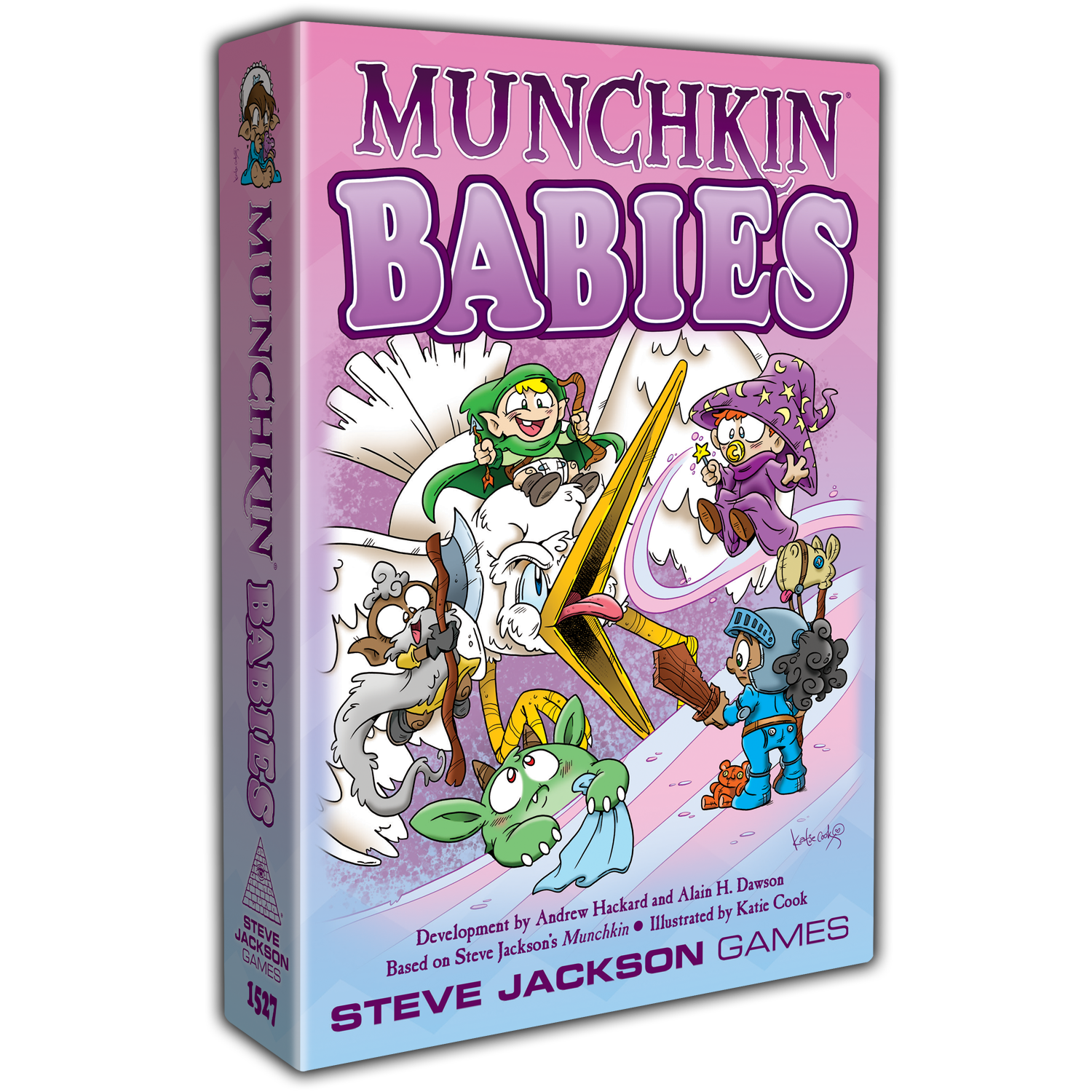 Our top priority is simply survival. No one is out of the woods yet. Due to the pandemic, shipping from Asia has become slow, unreliable, and expensive. We're still here, and the team is intact, so this is a win.

Our second priority is to support the evergreen titles as best we can, with promotions, marketing, and small supplementary releases that spotlight a game line or brand. Our top three lines for support in 2021 are Munchkin, The Fantasy Trip, and GURPS. We successfully supported Munchkin with one new core set (Munchkin Russia), a handful of new expansions (Munchkin Enhancers, Munchkin Apocalypse: Kaiju, and reprints of several hard-to-find mini-expansions), as well as assisting our friends at The Op in releasing two new Munchkin games (Munchkin Critical Role and Munchkin Spongebob). The Fantasy Trip was well supported, with several titles produced in the United States (to help reduce shipping frustration). As to GURPS, the biggest release of the year – the long-awaited Girl Genius stand-alone RPG – was released in PDF; hardcovers are still on their way to supporters of the Kickstarter campaign.

The third priority, of course, is to get Car Wars to you. Nothing about the first two priorities should interfere with Car Wars; it's a question of finishing the production and – somehow – getting them shipped to us. We completed U.S. fulfillment of the Car Wars Sixth Edition Kickstarter campaign before the end of the year. International fulfillment is ongoing and will wrap up before the end of this year.

Brand-new games are a fourth priority. We have been busy, and we have some to show you . . . but depending on the pandemic and the needs of the higher priorities, we may release them in 2021, or we may stick with the evergreens for now. Our only new game of the year, Hack & Slash, performed well enough that a second printing is now on the water and we're in development of a small expansion. You can expect to see that late in 2022. As to other new games, we've got a handful of titles prepared that might reach your table before the end of this year, including a new edition of the long out-of-print Revolution! boardgame, the classic Wiz-War, and a second edition of a card game that was first published (by a different publisher) in 1996. 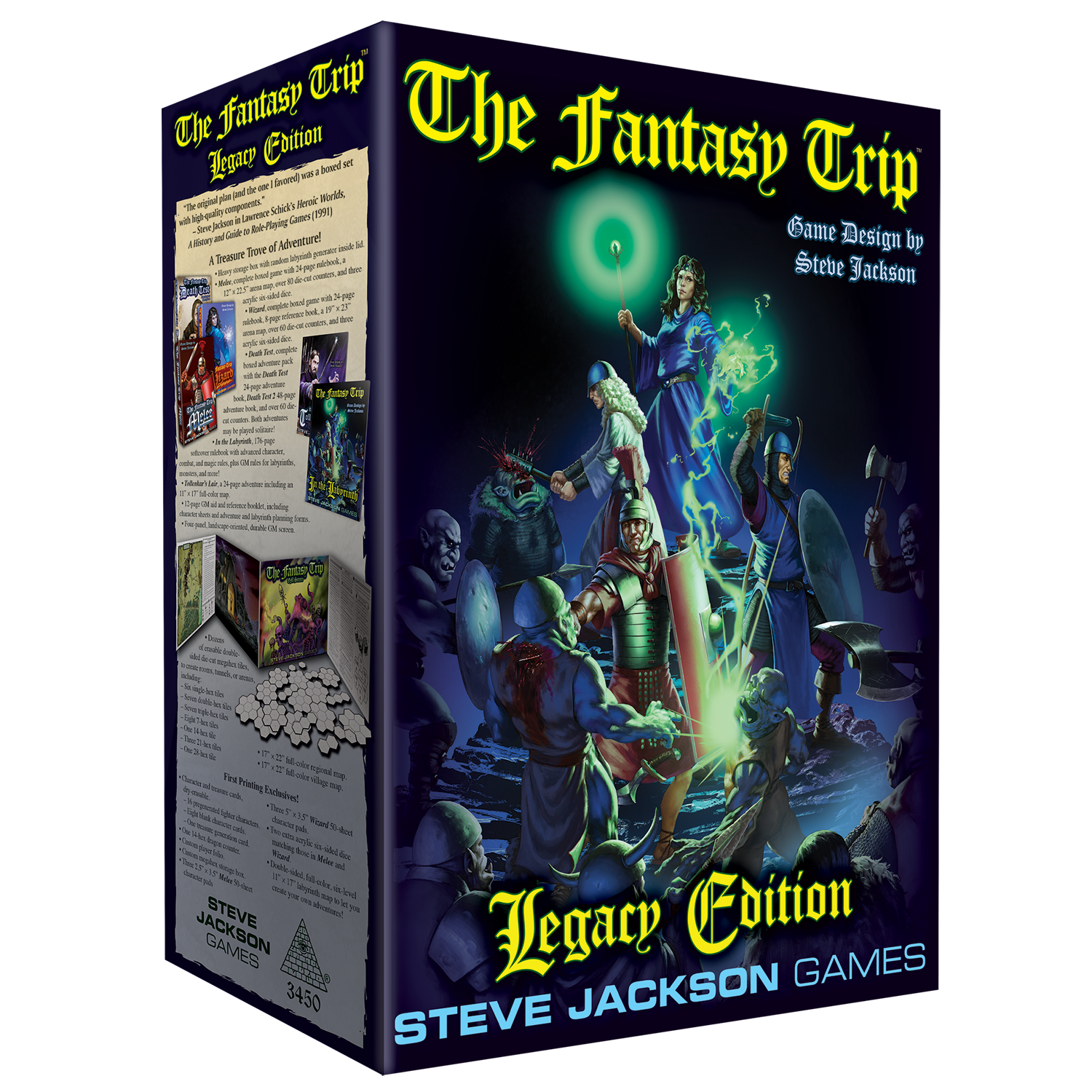 Our top priority is again survival, which means continuing to promote and support Munchkin Deluxe. This year, that will include a push to release new how-to-play videos – either through our own efforts or working with established content creators – as well as teaching the game to new players. If you run a game club at a school, teach games at your local library, or otherwise introduce games to those ten and up, please contact us at info@sjgames.com. We would like to hear about your experiences and learn from your direct involvement with new gamers.

Our second priority is supporting Car Wars Sixth Edition and The Fantasy Trip. This includes new releases for the existing players and an emphasis on more video play sessions and teaching the games to new players. We plan for Steve to join Hunter for some live plays of The Fantasy Trip this year; he has been 3D printing and painting miniatures for these live sessions and we'll also try to get Steve to run some games at cons when possible.

The third priority for the year is GURPS. Specifically, our GURPS On Demand program. We plan to release more of the back catalog at DriveThruRPG and Amazon and transition some PDF-only titles to print-on-demand.

Everything else is a lower priority and may fall to the wayside as we emphasize support of the four game lines listed as priorities for the year.

It is never too soon to plan ahead. With our late 2022 Munchkin game set to go (Munchkin Batman, coming to Kickstarter soon) we're looking at our new Munchkin game for 2023. We're not yet ready to reveal the details, but we have a few ideas – including another license that will make for a great Munchkin experience.

On the non-Munchkin front for 2023, there's GURPS Ring of Fire and maybe a few other GURPS books. And, of course, there's a strong chance that the Bestiary that Steve has been working on for The Fantasy Trip will see release in early 2023; the crowdfunding campaign for that hardcover book will take place this year.

If you want to keep up on our latest activities, we recommend subscribing to our newsletter, visiting the Daily Illuminator regularly, and liking us on Facebook.