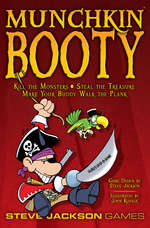 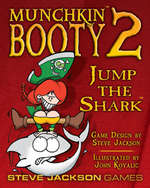 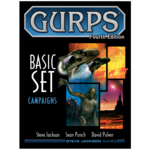 With GURPS, you can be anyone you want -- an elf hero fighting for the forces of good, a shadowy femme fatale on a deep-cover mission, a futuristic swashbuckler carving up foes with a force sword in his hand and a beautiful woman by his side . . . or literally anything else! GURPS has been the premiere universal roleplaying game for almost two decades. The new Fourth Edition makes it even better!

GURPS Basic Set: Campaigns combines information from the Third Edition GURPS Basic Set and GURPS Compendium II -- plus our new core setting, with infinite possibilities for timeline-hopping adventure! (You don't have to play in the core setting -- there isn't some game-altering metaplot -- but it's there if you want it.) This 240-page, full-color hardcover contains everything a GM needs to create and run a GURPS Fourth Edition campaign.