Art by USGS and Keith Johnson

GURPS rules lawyers please take note: we are now officially at tech level 8. Okay -- technically, we are not quite there yet. According to Basic Set, TL8 officially starts at the stroke of midnight on January 1, 2001 (see p. B185). However, those of you who are planning to submit manuscripts to SJ Games should note that it is now kosher to include TL8 technologies, characters with TL8 skills, and so on in material set in the present day. (In a few years, only outdated technologies and the skills of old fogies like me should be treated as TL7.)

Tech level 8 did not really happen quite the way we thought it would, however. Here is how we called it on p. B185, complete with some context:

Except for the frombotzer, that seemed quite reasonable when it was written. But the TL system was created in 1985, and a lot can change in 15 years. In 1985, the biotech revolution had not shown its true face, "nanotechnology" was just a buzzword, futurists sincerely believed that we would see cheap fusion power "in our lifetime," and the Space Shuttle program still generated enough hype to fuel hopes for manned space travel.

From our vantage in 2000, it is clear that we will see what GURPS presently calls "TL9 biotech" within our lifetime. I personally know people who are working on nanotechnology for industrial use. The ETA on that? Sometime before 2025. And the R&D money that might have been spent on manned space travel, fusion power, and other "big science" has gone into "small science" -- the engineering of cells, molecules, and tiny machines.

We can admit when we're wrong, and we strive to fix our mistakes. Authors of GURPS material dealing with technology should note that as of the next printing of Basic Set, tech levels 7-9 will be defined as follows:

I will say nothing about TL10 and beyond. That is so far in the future that we really have no reason to doubt (or to trust, especially) the definition on p. B185. After all, if predicting the final decade of TL7 proved a challenge in 1985, then it is likely futile to make authoritative statements about events 100 years from now! What we can say is that the TL definitions on p. B185 focus heavily on space exploration-enabling technologies, but our statistical sample of one -- Earth -- has shown us that high population densities, post-industrial environmental concerns, and widespread access to powerful computers tend to push small-scale, introspective technologies ahead of large-scale space technologies. Those who want to go out on a limb and modify TL10+ are welcome to take this idea and run with it.

I Want My MNT!

The above correction would seem merely to displace the problem, though. Okay, so now we have different innovations proposed for tech levels 8 and 9, but it is apparent that the so-called TL8 technologies are not here yet! How is this an improvement? Here is an addition to the TL rules to cover that:

The savvy reader will recognize this as an endorsement of the "early TLx" and "late TLx" designations seen in various GURPS volumes on technology, notably Vehicles. We are embracing that system because it makes sense. In real life, technological growth is a continuous process, not a series of discrete transitions: radar and jets are TL6 (1901-1950), but appeared in the 1940s, not in 1901, and so are "late TL6." Rockets and nuclear power are TL7 (1951-2000), but they were R&D items in the 1930s and 1940s, and so are "early TL7."

Getting back to the present, the definitive technologies of TL8 include gengineering, micromachines, and early fusion technology. All of these were actual R&D topics in TL7; we have working models of all three as I write. Thus, we are at "early TL8" at the moment. Just hold on to your hats for a few years until the rest shows up! (Except for those darn power cells. Power cells canonically appear at TL8 in GURPS, but their energy densities tend to exceed subatomic binding energies, meaning that it would be impossible to build them from matter as we understand it. This puts them in the same category as matter transmission, FTL travel, and force manipulation. Realistic settings probably should not include them. At least not before TL10.)

My PhD in Burger Flipping 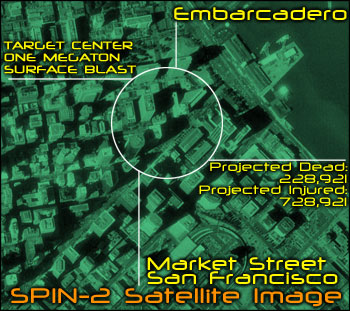 Finally, there is the issue of "/TL skills." What happens to those as we move from TL7 to TL8?

People educated at TL7 -- i.e., those possessing skills designated "/TL7" -- will continue to operate largely at TL7. Yes, they will take refresher courses, read journals, and generally try to scratch and claw their way back up the technology curve. This means that they will get the -5 default to use the TL8 versions of their skills, as mentioned on p. B185. Realistically, slackers (such as those with the Laziness disadvantage) will probably end up with the same defaults as the untrained; e.g., the lazy chemist will have Chemistry/TL8 at IQ-6 instead of at Chemistry/TL7-5. GMs should not feel compelled to enforce strict realism, but the fact is that time stops for no man, skills do grow obsolete, and a sudden innovation in a field does not upgrade the skills of those working in that area. Yes, this means that an increasing number of characters will sport "Primitive (-1 TL) [-5 points]" in realistic campaigns. GMs should consider not counting this toward disadvantage limits.

On the other hand, those who are just starting their eduction here at the dawn of TL8 -- yes, those screaming 5-year-olds starting school this autumn, and even those annoying 12-year-old mall rats -- will have honest-to-goodness "/TL8" skills when they are handed their diplomas in the 2010s and 2020s. The first truly TL8 generation will hit the workforce in 2020 or 2025 . . . by which time many of us will be able to hide our low-tech skills in cushy management positions (Administration is not a "/TL skill") or retirement (neither is Golf).

Don't say I didn't warn you.