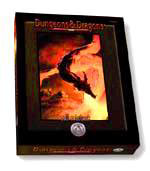 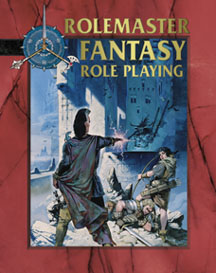 Smart RPG companies will always try to appeal to as wide a crowd as they can. This may mean reprinting a $30 book for $15, ala White Wolf and Trinity, or this may mean producing a "lite" version of the rules, ala Steve Jackson Games and GURPS.

TSR has done a little of both. Their recent efforts include Wrath of the Minotaur and Eye of the Wyvern. One of which made the "Pyramid Pick" list for good reasons. This boxed set continues to show how things should be done.

It consists of six dice, a dice bag, a GM screen, a rules book, a premade characters book, and an adventures book. The rules are streamlined from Advanced Dungeons and Dragons rules in several areas. Saving Throws are grouped into one roll, instead of individual rolls. Strength goes up to just 18, instead of 18 with a percentile roll. In most cases, the rules are enough to get the game started. The only big area of confusion I saw was one reference that stated "when a character's wounds exceed his or her hit point total, the character dies . . . ", and then in another area where the optional -10 hit point rule from AD&D standard is enforced, under the section entitled "Death": "If a hero drops 10 points below 0, the character is well and truly . . .