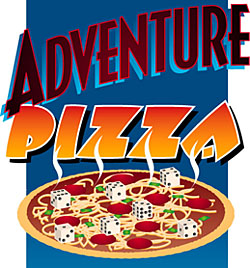 Slave to the System

This adventure is intended for use in the Transhuman Space setting, however with modification it could work in other settings easily.

It is assumed that the PCs will be the crew of an ESDV-90, the HMS Restitution; however it would be very easy to use another EU vessel. The Restitution is on a standard patrol duty intended to show a military presence in the Main Belt and prevent the incidents of piracy which occur in the area.

While almost 0.2AU (10 light seconds) from Aletheia Station, a faint radio signal is detected. The signal repeats in a loop, each cycle fainter than the previous, identifying itself as the USAF-Training Vehicle Pride of Guam, indicating that it has suffered systems failure, and detailing its current course. The course correction required in order to intercept it is only minor, and the Restitution easy performs the maneuver.

Upon reaching the craft, the crew discovers a small vessel intended for training, carrying a crew compliment of four, one instructor and three students. The systems throughout the craft have failed, including its engines, sensors, and life support. Inside the CO2 concentration has reached poisonous levels (although characters with the Andraste biomod could survive, unconsciousness would result). On the bridge the crew are still manning their positions, wearing vacc suits, all of which have exhausted their air-supplies. The Instructor is dead, however examination shows that the three trainees are merely unconscious. A rudimentary observation also shows that they are combat bioroids.

Shortly after the Restitution takes on-board the survivors from the Pride of Guam and heads back to continue its journey, another vessel -- the USAF SDV Johab -- is detected by the forward PESA, also responding to the distress signal. (Although no statistics have yet been published for a USAF SDV, the GM can design one using the TS rules, or use EDSV-90 statistics; most SDVs are fairly similar to one another.)

Upon discovering that the crew have already been evacuated (either via radio, or by docking with the Pride of Guam) the Johab will match course and speed with the Restitution, and the Commander will politely request that the bioroids be returned. If they are not, then it will be explained that they still owe the US government several years more service before their debt is repayed. If they are still not returned, the Johab folds its radiator wings and uncovers its Laser Irises.

A Battle of Principles

It is important to remember that the EU regards all forms of indentured servitude as institutionalized slavery. European law is very clear on the fact that bioroids (and, indeed, sapient AIs) shall not be returned to the nation of their origin by agents of the European Commission, including officers of the various space forces. If the PCs don't recall this fact, it might be advised to have the ship's computer remind them that returning the American crew persons would be illegal under the Emancipation (Artificial Aliens) Act of 2095.

(Note from David Pulver: "No such act is listed in the setting, but it's a reasonable extrapolation of the EU attitude.")

The Freedom of Choice

The matter can be complicated further if the crew persons recover before, or during, the encounter with the Johab. Extremely patriotic, the three bioroids will happily work and assist their allies up until it becomes clear that they will not be returned to their own people; at that point they will attempt to escape. Very likely they will try anything in order to get back on-board a US vessel, up to and including murder, unless specifically ordered not to by a superior (American) Officer; this may be unlikely, but see below.

Perhaps this will cause the heroes to question whether they should be returned; after all, can it be slavery if they would rather die than be prevented from serving their nation?

In the asteroid belt, it would take messages half an hour to make a round trip to Earth or Mars. As a result, captains are given authority. The US captain is ordered to retrieve the bioroids by any means short of fire on the Restitution itself (except in self defense) but he is not going to reveal that to the EU captain and may bluff where needed, or use his embarked Predator robot fighters to fake close approach attacks; the Restitutions' captain has a 100 seconds lag (one space combat turn) between each transmission and response) to Aletheia, but the local commander there will leave him to act on his own initiative, as he can best judge the situation.

For this reason the tension of the situation should be played up as much as possible. Both sides should attempt to set an ultimatum, and each should match the moves and preparations of the other as they try to stare each other out. (This situation will vary, of course, depending on how close reinforcements are . . .)

Perhaps there's something unusual about these bioroids, perhaps a new model, or maybe something more sinister. Why would trainee bioroid soldiers be educated this far out in the belt? Why would they be fitted with Andraste modifications? Are they USAF special ops team being prepared for an operation on Mars? Perhaps their loyalty is inspired by more than memeticaly designed upbringing and education, maybe they are the experimental subjects of new mind altering techniques.

Or perhaps it's the Pride of Guam itself that's unusual. Maybe the training flight was investigating the properties of new propulsion or navigation systems which failed. Possibly it's this far out because of the experimental use of Antimatter Torch, or even more exotic drive technologies. Or could the Restitution be the one on a new technologies proving flight?

As presented here the Restitution and the Johab are pretty evenly matched, but that needn't be the case. The HMS Restitution can easily be replaced with a rundown older model on its last patrol before scrapping, or with a civilian vessel out in this area for scientific purposes. Alternatively the Johab could be downgraded, or battle damaged. If it is then it will create even more worries for the crew of the Restitution. After all, who could it have been fighting?

Lastly, it is possible that whatever caused the failure of the Pride of Guam is still around, a computer virus or microbot infection which is now beginning to weaken the Restitution, best to hope that the Americans don't find out.

There are a number of additional factors in this setup of which further use could be made. The Pride of Guam may well contain things other than the military bioroids, including code books, guidance systems, or even tactical AIs. The bioroids themselves may well be more of a handful than presented here, since as dedicated killing machines they should be capable of overcoming any normal cell. Most EU (and other) SDVs however would be equipped with heavy duty holding brigs or "smart blindfolds" for the storage of powerful transhumans, but these may get damaged. Alternatively, some bioroids may have "flesh pocket" implants that contain concealed weapons.

The instructor who was in charge of the Pride of Guam is also a possible source of complication, especially if he's found to have been carrying a Chinese (or TSA) Intelligence Code disk.