Art by Dan Smith and Colored by Phil Reed

Aesop appears to have diverged from Homeline in the early 15th Century, when the first aesop domain appeared, probably somewhere in France.

An aesop domain is an area (actually a cylinder) where nonhuman mammals are transformed into aesop. If an animal enters an aesop domain for more than a few minutes, it undergoes a transformation over a period of several hours, involving an increase of IQ to human normal level, development of bipedal locomotion, increased manipulative ability (even horses can do a little manipulation with their fore-hoofs, deer get bad grip, foxes get poor grip and beavers, rats, squirrels, etc. get full hands which still look appropriately different), increased vocal ability (most get a disturbing voice, a some only have accents, and a few, such as anteaters, only get a few sounds), and size change to human normal. In addition, aesop get eidetic memory, and about 1% get photographic memory.

When an aesop dies, the location of its death becomes a one hex aesop domain. If an aesop dies in an aesop domain, the domain's radius increases to enlarge its area on the Earth's surface by one hex. If an aesop dies underground, the aesop domain is also buried until enough die there to make the radius greater than ten times the depth. If an aesop dies at sea, the domain is located at the sea's surface (not in the ship). So far no aesop has died in a hot-air balloon, an airplane or a submarine (the last has not even been invented yet in Aesop). Aesop domains seem to last forever, and a few have grown to a kilometer in diameter by now. Countless small ones are scattered on every sizeable land mass on Earth (including coastal Antarctica).

A new aesop has enough instinct to at least try to survive in the wild, but they also can be educated and trained quite quickly (due perhaps to their excellent memory) and can begin simple careers after several years. The psychology of an aesop generally has several quirks derived from its original species, and is also subject to rare, mild stress atavism. Disadvantages such as sleepy, colorblindness, etc. are also present, depending on species. Aesop suffer social stigma in virtually all parts of the world. They can reproduce sexually with their own species (although nearly all are "fixed", and most of the world population are derived from transformed animals). A language has recently been devised for aesop, such as aardvarks, who are limited to a few vocal sounds. "Feefah" is based on the same logic as the Morse Code ham radio operators use in Homeline (of course, a ham would have no advantage in learning it. . . he may even have to "unlearn" what he already knows). Usually, even feral aesop that are derived from predatory species are able to be approached cautiously before they are trained, but there are exceptions. . . most dramatically the recent Vampire War.

Currently, there are nearly 2 billion humans, with almost that many aesop. The Avalon Confederation covers nearly all of North Vespuccia, and Brasil nearly all of South Vespuccia (however, several Indian tribes have actually managed to obtain semiautonomous nation status, even if still dominated by the Confederation or Brasil). Brasil is the most advanced nation, after the 50 year long rule of Presidente Alberto Philho, a very intelligent and charismatic leader who has an intense personal fascination with science and technology and who has used his power to push their development in his country. The Confederation is becoming paranoid about this, especially as Avalon has long been inclined to be more hardline about aesops than has relatively liberal Brasil, and is growing even more so. A cold war has begun in the Western Hemisphere over aesop right to life (if nothing else) and the technological arms race which threatens to end a century of relative peace in human history.

The looming Hemispheric War would be Aesop's first great mechanized war. Africa is still pretty much the "dark" continent, with hundreds of "nations" of fluid borders, mostly based on tribal lands (a few are even aesop "tribes"). Asia is more fragmented than in Homeline, with Hindia smaller than our India and China divided into several nations (albeit with one culture). Meridia is allied with Britain, much as Homeline Australia. Europa has approximately similar borders as in Homeline Europe, except Germany is divided into Prussia (north) and Bavaria (south), while Denmark, Norway and Sweden are one nation (Scandinavia), and where the edges of Homeline's Russia are is a line of tiny ethnic principalities. 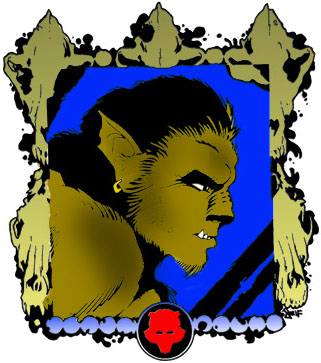 A few aesop are transported to the New World, where they eventually die and create aesop domains there.

While so far only a small fraction of a percent of the world's area has become aesop domain, that fraction is growing at an accelerating rate. In addition, the growing aesop population is projected by Infinity to "swamp" the human population in a few decades, endangering human control of the world. In several centuries, computer simulations have the entire planet becoming an aesop domain, and no one is sure what happens after that. Even without computers Aesop has realized this and has tried to kill all the animals on the planet on several recent occasions in spite of the cost (both economic and ecologic); and while they wiped out some species, others seem beyond their means (Homeline, with its technology 2 full levels beyond Aesop, has not been able to eradicate mongooses from Hawaii, or rats from practically anywhere). And killing aesop just makes more aesop domains to worry about. Some in Infinity Unlimited have suggested transporting the human population to an uninhabited world, but the logistics of doing this to a world 2 quantum levels away are daunting to say the least. Other worlds have problems rivaling Aesop's in scale, if not in bizarreness, and are not evacuated.

Another concern is whether aesops taken to another world will create aesop domains at death. One school of thought holds that aesop domains are a unique feature of the laws of physics of that world, so the answer is no. Another school of thought points to a recent observation concerning the epsilon force and is not so sure. It is often forgotten that there are six different known forms of parachronic energy, and Quanta reflect only the gamma. The 659 known worlds are spread fairly evenly with epsilons of 0-20, with a slight concentration around 10. But of the 26 worlds considered "weird", 23 are between epsilon = 8 and epsilon = 12. And 17 of these worlds, over half, are between 9 and 11. This is more than a "slight" concentration. It is possible that worlds with epsilons in this area are prone to such weirdness, and could be infected by aesop domains (for example). Since Homeline's epsilon is 10.23 and Aesop's is 10.24, this is a concern. Of course, Bizarro's epsilon is 3.71, and the United States of Lizardia's is 12.90, so this cannot be the whole story. Also, most of the 78 worlds with epsilons between 9 and 11 are more or less reasonably normal. . . so far, that is. If the aesop could spread aesop domains to other worlds, they could be used as a rather formidable, if slow-acting, weapon.

In Aesop, the position of the aesop is becoming more precarious. Some have formed friendships with humans, but this is becoming harder as inter-species strains grow. Organizations such as the Quilt of Life try to promote harmony between the species, while others such as the Image of God seek to keep aesops in slavery (usually corporate or governmental in 1994) even while they try to imagine how they can perform species cleansing without exacerbating the situation with each aesop death. The world seems about to enter some interesting times. One good break is that, at Quantum 3, Aesop is out of reach of Centrum. Infinity Unlimited has heard rumors that Centrum somehow blames Homeline's use of parachronics for the large number of weird parallels cropping up, but what Centrum could do with Aesop even if it were in reach is problematic (as it is for Homeline).

One of the players' characters has said or done something wrong. Now your team has been mistaken for secret agents of the Brasilian government, and the Avalon Defensive Intelligence Department is determined to terminate them with extreme prejudice.

The Next Final Solution?

In Prussia and Bavaria, a new, radically anti-aesop movement has sprouted. It advocates shipping aesop to the interior of Antarctica for extermination as soon as they are discovered, and a scorched-earth policy to reduce the mammal class to Homo Sapiens. And a lot of humans, especially Jews, are *not* considered Homo Sapiens. Most terrifying, their symbol is a swastika! Reich-5 is on Quantum 3 too, so they could get to Aesop without projectors. Does the Reich have the Secret? Even if this is just a coincidence and the movement home grown, how will your players respond to history seeming to repeat itself?