Report to the Stakeholders for 2013

Steve Jackson Games Incorporated has one stockholder: me. But many people have a stake in our success. Our STAKEholders are our employees, our distributors and retailers, and, of course, the people who play our games . . . as well as the freelance artists and designers we work with, the printers who create the finished product, the volunteers who demonstrate our games at conventions and retail stores, and the folks who run game conventions.

We try to stay in touch with our stakeholders. Most of our communications nowadays are via Internet: our Daily Illuminator blog, our Twitter and other social media, our forums, the web pages for our games, and the letters that go to the 200+ people and companies to whom we pay royalties. And, every year since 2004, I've written an annual report not unlike the "report to the stockholders" that you'd expect from a public company. This is it.

We are, as I assume the reader knows, a publisher of games. We have been in business since 1980. At the end of 2013 we had 43 full-time staff and contractors (and now we have a few more), plus several part-timers. Most of our line consists of card games, boardgames, dice games, and RPGs. We sell through hobby distribution, the mass market, and direct sales (both physical products and digital downloads).

This report covers 2013 and reports our 2013 figures. Because I went through a bit of personal dislocation (more on that below), this report is extremely late, so bits of it reflect my current perspective, in mid-August of 2014.

2013 was another really good year. That's seven in a row. Seven! And once again, we beat our own record: our gross income was over $8.8 million.

(An important note here: Last year's report cited our gross income as "just over $7 million." This included close to a million dollars from the Ogre Kickstarter. It turns out that, because the project was fulfilled in 2013, the income should also be recognized in 2013. So THIS year's gross includes nearly a million of Kickstarter support, and LAST year's report has been updated to add this explanation. If you remove the Kickstarter from both years and consider only income from "normal" operations, then the trend line becomes $6.1 million for 2012 and just under $8 million for 2013.)

The reasons are very much the same as last year: 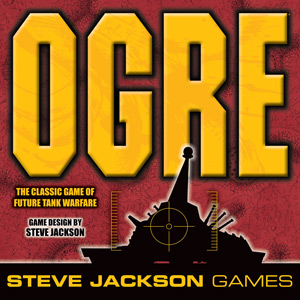 If you want all the details, visit the Kickstarter page, with its (currently) 156 updates.

The summary: The final Kickstarter version of the Ogre Designer's Edition weighs 25.6 pounds in its shipping carton; the box is 24.25" by 20.25" by 6.75". (Those numbers do not include the shipping carton!)

There were a lot of heroes here as the product lurched forward; I have to single out Phil Reed and Sam Mitschke for special mention. Among other things, they flew to China to get face time with the printers! Our whole production department also worked wonders. Constant wonders.

To help get the project to print, and to manage the Ogre line afterward, we brought in Daniel Jew as Line Editor. He did a fantastic job, and unfortunately had to step away for personal reasons. But good personal reasons – he became the father of twins!

The project had 5,512 backers, the majority of whom were very polite and understanding about the delays. We learned a great deal about doing crowdfunded projects, which is why we have not jumped into another. But we do plan to crowdfund a new edition of Car Wars. Work is proceeding.

Power! Power from the SUN!

We installed solar cells on top of our office building, our warehouse, and a new parking structure. This was not cheap – it set us back more than $400,000 – but between tax considerations, the near-erasure of our own electric bill, and the sale of power back to the utility when the sun is high, we hope for a payback in 7 to 8 years. I am working on a long report about this, featuring lots of details and real numbers, for those of you who are thinking about solar for your own homes or businesses. One thing about the current Texas heat: it's cranking out the power!

The mass market continued to grow in importance for us. You can now find several of our games – not just Munchkin and Zombie Dice – in Target, Barnes & Noble, Walmart, Go! Games, Calendar Club, Books-A-Million, Hastings, Chapters Indigo in Canada, Amazon, ThinkGeek, Entertainment Earth, and Toys 'R' Us.

Early in 2014, we launched the long-awaited Warehouse 23 shopping cart, which lets customers get both physical and digital items in the same order.

As of now, it's still buggy. Work continues.

We have retired the e23 store name, since the stores are no longer separate.

We also added new PDFs from Atlas Games, Amarillo Design Bureau, Pelgrane Press, 0one Games, and other publishers. The Atlas and ADB releases were especially successful.

We still need a formal budgeting process. We have no advance budgeting here; we get by on a few ancient but effective rules of thumb, diligent cost accounting, and a dash of paranoia. And, as we grow, this ad-hoc approach is less and less practical. We know perfectly well that sometimes we waste money by doing unnecessary things, by doing necessary things too late to do them cheaply, and by repeating work.

We have a bigger staff than ever before, yet there is very little "fat." We have a lot of good people working hard and doing neat stuff, and we all try to deserve each other.

As in the last few years, we had two "office closed, but everybody gets paid" weeks – one in summer, one at the end of the year. We always have at least two paid Game Days in the office.

As of 4th quarter 2013, we instituted a profit-sharing plan: basically, 5% of pretax profit, with all full-time staff and contractors getting equal shares, and half-time people getting half-shares. This will replace the former staff-wide bonus checks, but there will still be extra bonuses for awesome performance. 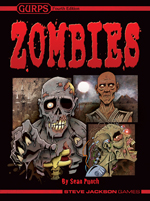 . . . launched early in 2014, more than a year late, and were surprisingly buggy considering that we were modifying the existing Spree package rather than starting from scratch. There's clearly room for improvement in our IT procedures here, and, to be completely honest, we don't know where.

In many ways, we are spending money stupidly because of the success of Munchkin. It's often not worthwhile to be perfect at everything; sometimes it's more cost-effective overall to do some things just any old way and save the effort and brainpower for Munchkin. This makes me unhappy because I hate waste, but face it: Diminishing returns are still returns. We're better off in the long run if we focus on what keeps Munchkin strong and successful. As long as release quality remains high (I don't just mean Munchkin, but everything we do), it's actually smart management to recognize that some things can slide. But I still don't like it.

We shipped only one hardback in 2013: Sean Punch's GURPS Zombies. As described above, there was also a lot of new PDF material.

On Halloween Day, Austin's Onion Creek reached a level of 41 feet, where 17 is considered "flood stage." This devastated an area that the city had known was flood-prone, and had meant to deal with "real soon now" for several years. (Bitter much, Steve?) At any rate, my home was totaled. Monica Stephens' home would also count as totaled if it were on the right side of the city's imaginary line. As is, the city may or may not do anything for her neighborhood.

I woke up with several inches of water in the house, grabbed my computer and meds, made my way through a couple of blocks of what was by then chest-deep, fast-flowing water, and was picked up by a rescue boat. Monica, fortunately, was working late and missed the whole deluge. For more, see the Illuminator that I posted the next day. The property losses were significant, but I'm thankful that Monica and I are okay. Not everyone was. Six people died, three very near our homes.

Nevertheless, I was completely useless, professionally, for several weeks while moving things into a storage unit and finding a new home. (Huge thanks go here to Dave Brown, who put a roof over my head for nearly a month.)

And my new house is still full of haphazard boxes and mostly unfurnished except for what the previous owners left, and I'm still not caught up with anything, and the slightest unexplained sound of water draws my complete attention.

Which is a big part of the reason that, starting ASAP, I'm officially going to take about six months off. Phil will run the company (he's been doing it for months already), Andrew will run Munchkin, Gail will run the numbers, and I expect them to try some things that I would not have tried. I expect they will succeed most of the time, too. And I hope that when I come back, I will be a bit shinier.

Yes, that means that Phil will write the report for 2014.

Here's what we decided to do at the beginning of the year, more than six months ago. After each one, I'll report in parentheses how we are doing as of August 2014.

1. Keep most of the core Munchkin sets, plus Zombie Dice, in print. To control our own inventory and the retailers', we will let some of the slower-moving core sets go out of print for a few months at a time. (Because Munchkin sales keep getting stronger, keeping things in print has taken a lot of work, but Phil and his assistants have so far batted close to 100%. We just reprinted Munchkin Fu, Munchkin Impossible, and Munchkin Quest, each of which had been out of print for some months.)

2. Ship a lot of new Munchkin releases in a variety of formats. (That's going very nicely, and we have announced some great outgoing licenses, too.)

3. Debug Warehouse 23 and work on other site improvements. (In progress; I wish it were going faster.)

4. Meet our remaining Kickstarter commitments for Ogre support. That includes serious progress on Car Wars. (Some Ogre commitments met; too many are unmet as of this moment. Still working. Car Wars is coming along well.)