Report to the Stakeholders for 2010

Steve Jackson Games Incorporated has a single stockholder: me. But many people have a stake in the success of the business. Our STAKEholders are our employees, our distributors and retailers, and, of course, the people who PLAY our games! Other vital stakeholders are the freelance artists and designers we work with, the printers who create the finished product, the volunteers who demonstrate our games at conventions and retail stores, and the convention organizers who depend on us for game programming, prizes, and so on.

We try to stay in touch with all our stakeholders. Almost all our communications nowadays are via Internet: our Daily Illuminator blog, our Twitter feed, the web pages for our games, and the letters that go to the 200+ people and companies to whom we pay royalties. But every year since 2004, I've written a report not unlike the "report to the stockholders" that you'd expect from a public company. A lot of our stakeholders have told us they like it . . . so here it is again.

We are, as I assume the reader knows, a publisher of games. Every year, more of these are digital downloads . . . PDFs and a few other types of file sold through our e23 site. We also publish two magazines: Pyramid (a monthly PDF release) and the Journal of the Travellers' Aid Society (a biweekly online zine).

We have been in business since 1980. We currently employ 29 full-time staff and contractors (and need a few more), plus several part-timers. 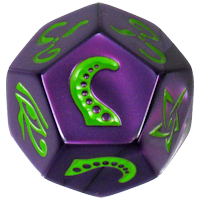 We kept things in print, the new dice games rocked, Phil leveled up again in Boss, and I got to do some design work AND take a little time off.

We expected 2010 to be another good year, and it was. Our 2010 gross was just over $3.5 million, a significant increase over 2009, and we made a profit. It was a big and profitable year because:

If you compare this report with last year's, you'll see a lot of similarities. This is not, I hope, because the author is lazy, but because this year was a lot like last year for us. The big differences were: we sold even more Munchkin, both through book chains and hobby retailers, and we also sold a lot of dice games.

The Munchkin line, including the Munchkin Quest boardgame, accounted for more than 75% of our sales! Munchkin is now available in 15 languages, with one more licensed.

Our two new dice games, Zombie Dice and Cthulhu Dice, accounted for 8.4% of our sales, despite being midyear releases!

2010 was another really good year, which makes four in a row.

. . . went very well under Munchkin Czar Andrew Hackard. The 19th printing of Munchkin featured full-color cards (all following core sets had always had color cards, but the original game was duotone until 2010). That printing also involved a massive effort to make the Munchkin rules (for all sets, not just the original game) cleaner and faster without seeming to change at all. We got very little comment on this when it was done, which means it was a complete success!

The 19th printing kept us busy enough that we didn't release a new Munchkin theme in 2010, but we sent one to print. The team pulled together and got Munchkin Zombies to press ahead of schedule! It will be in stores in April.

Late in 2009, we sent two little games, Cthulhu Dice and Zombie Dice, to the printer. Both had been conceived in September '09, intensively playtested over the next few weeks, and sent to the printers before the end of the year. That is so much faster than our usual development time that it boggles the mind. But the best part of all, as I have already mentioned a couple of times in this report, is both games went like gangbusters, contributing significantly to 2010's success!

Online sales of physical goods held steady. Warehouse 23 was profitable. We're the exclusive online retailer for some excellent publishers, including Atlas Games and Grey Ghost Press, and we're happy about that.

Our digital-product division, e23, had slightly higher sales in 2010. We think we're still the #2 or #3 seller of downloadable files for the gaming community – but this is a guess, as we have no figures for the competition.

We also released a number of PDFs from Amarillo Design Bureau, Atlas, Avalon, 0one Games, and other publishers.

Our business organization remains reliable. Our financials and royalty payments have stayed up-to-date for years. A new biweekly cash flow report helps us judge when to send more things to print, and when to slow down. We would benefit from a formal budgeting process. We have no advance budgeting here; we get by on a few ancient but effective rules of thumb, diligent cost accounting, and a dash of paranoia.

For much of last year, I worked only two days a week in the office (some on management, some on development). The other side of the coin is that even when "at home making games," I was answering a lot of management mail. But progress continues.

The Munchkin Level Counter iPhone app has continued to sell and get good comments, and the project is now in the black. So we wanted to do more.

We completed and shipped a Zombie Dice app. It was intended primarily to promote the dice game, so the basic version is free, but we also offer a 99-cent upgrade. This project pulled together the talents of several of our staff and showed me that, for sure, we can do fine digital releases.

Nevertheless, other progress has been slow. The Android port of Munchkin Level Counter is, at this writing, still one little graphics bug away from release, largely because Android has proven to be a difficult platform. The iPad upgrade of the Zombie Dice took a long time and is now awaiting review by Apple, but it doesn't support multiplayer. Another project which we'd hoped to release in 2010 didn't even get far enough to announce.

We really need a full-time producer to manage our digital development, because my own time is one of the biggest limiting factors on app contracting and testing, and therefore on app release.

We came to an agreement with Tinderbox Entertainment to do an Xbox Munchkin. We warned them that we would not give the project the attention that it deserved, and they said, "That's all right; we're not a big studio and we have other things to work on."

And we were both right. Very little has happened on this. As with apps: we either need a full-time producer, or I need to devote a lot more of my own time to it.

created by "Doc" Osborne
at Con*Stellation in Huntsville

Our staff picture improved again, but still not enough. We made some good additions, but a couple of good people moved on . . . and we wish them the best of luck, but we also wish we could have kept them!

However, many of our staff have been with us for more than five years, and several for more than ten. This stability is a strong point. And our key lines are getting specific attention: we have two full-time staff dedicated to Munchkin, and two dedicated to GURPS.

In 2010, we gave holiday bonuses totaling 11.3% of payroll, plus modest raises. As in 2009, we had two "office closed, but everybody gets paid" weeks – one in summer, one at the end of the year – and three paid Game Days in the office.

We continued to restart stalled projects; GURPS Crusades was finally released. Nevertheless, our pipeline remains full of partially-completed games, and we are still not soliciting outside submissions.

Things that didn't go as they should have . . .

The market for printed RPG books continues to shrink. The long-awaited release of GURPS Low-Tech, a full-color hardback, saw very disappointing sales. On the other hand, sales of the same title in PDF, and of the supplements in PDF, were good.

We did not get around to doing anything with the Heavy Gear license, and Dream Pod 9 asked for the rights back. We don't blame them at all.

For more than a year, we have had a room sitting empty, waiting for a Print On Demand system, and a firm intention to do something about it. But we haven't. Maybe this year.

Once again, we didn't launch UltraCorps. We are now using a virtual hosting service and reliability seems acceptable; the continuing delay on UC is another case of "Not enough management time for digital projects."

2010 was, overall, a good year for the hobby, but it didn't bring us a lot of headlines.

Everything else is a non-priority, something to do if the priorities are under control. Yes, we have a lot more projects in mind, but the priorities come first!