Report to the Stakeholders for 2014

Steve Jackson Games has one stockholder: Steve. But many people have a stake in our success. Our STAKEholders are our employees, our distributors and retailers, and, of course, the people who play our games . . . as well as the freelance artists and designers we work with, the printers who create the finished product, the volunteers who demonstrate our games at conventions and retail stores, and the folks who run game conventions.

We are, I assume the reader knows, a publisher of games. We have been in business since 1980. At the end of 2014 we had 41 full-time staff and contractors, plus several part-timers. Most of our line consists of card games, boardgames, dice games, and RPGs. We sell through hobby distribution, the mass market, and direct sales – both physical products and digital downloads.

What made 2014 so very wonderful? The continued success of our Munchkin games, but also:

We released over a dozen new Munchkin titles through distribution, including two expansions for Munchkin Legends (which transitioned from mass market shelves to hobby shelves during the summer). Other wins for Munchkin in 2014 included: 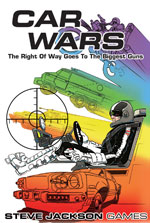 As part of the Ogre Kickstarter project in 2012, we promised to launch a new edition of Car Wars. We took a great step forward by hiring Scott Haring, who many longtime fans will recognize as an autoduel master. (I've personally played the new edition and can report this is an incredible modernization of the original concept).

Scott also helped us prepare and launch Car Wars Classic, which sold out almost instantly. It's great to see there's love for the classic edition in today's world. 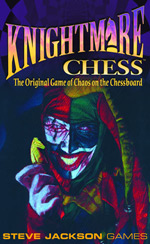 Miranda Horner, who joined us in 2013 and has been an amazing source of talent and calm, was promoted to Managing Editor and proceeded to kick our deadlines into submission.

Sam Mitschke continued to help in so many different parts of the business (including taking the Mars Attacks dice game from notes to a finished release) that we promoted him to Chief Operating Officer.

Steve rewarded my own years of service as COO with the only fitting punishment: a promotion to Chief Executive Officer. Let's keep my failures in this role (see the date of this report) to ourselves, okay?

These were places where we wanted a win and didn't quite get one, or where success and failures were mixed. 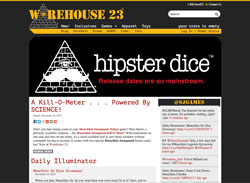 As Steve reported in the 2013 report, our online store, Warehouse 23, saw a massive overhaul early in 2014. It's better, but we still see ways to improve the store's performance and overall appearance. We continue to work at it as we have time.

Even though our GURPS team produced several electronic titles in PDF for online sale, including monthly issues of Pyramid, we published zero new GURPS books in 2014. This was not the fault of our GURPS development team, just the result of some hard choices about the best ways to allocate limited resources of time and money.

By the end of 2014, we had exactly one departmental budget for 2015: A marketing budget was prepared and approved. All other departments went without formal budgets, and as in earlier years we got by on experience, financially conservative practices, and some unquantifiable degree of luck. We are finding more and more that this is not a sustainable practice if we intend to continue growing the business.

2014 was another up year for the tabletop game industry, with ICv2 reporting sales of $880 million. The big news for the year included: 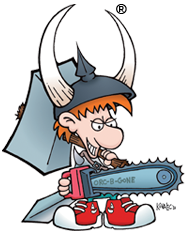 Here is what we decided to do in 2015. This was written in early January. Since the year is almost over, I'll report how we've done so far this year in parentheses after each one.

NOTE: In previous years our first priority has been to keep our core games – the Munchkin line and Zombie Dice – in print. Because of the work Andrew and Ross have put into watching inventory levels, we believe that we have this under control and no longer have to actively make keeping these in stock a company priority.

As 2015 comes to a close (again, please don't remind me how late I am with this report), we're already hard at work on games that will ship in mid-2016. The first quarter projects are completed and at print, and we're planning announcements for new Munchkin games, something new for Ogre, and the new edition of Car Wars. As always, please watch the Daily Illuminator for our latest news and feel free to provide feedback through Facebook, Twitter, or our forums.

Thank you, everyone, for your continued support.